A Forum of Ice and Fire 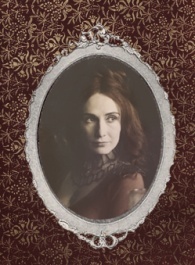 First off, I apologize in advance if this has been posted before. I tried doing a search and didn't see anything else like this although I find it hard to believe something similar hasn't been posted before. Either way, this is a theory I came up with concerning Rhaegar, Lyanna, Jon Snow, and Lyanna's death.

Lightbringer is not a sword, but a child. That child is Jon Snow.

Rhaegar, believing that the dragon has three heads, thought that he needed to have a third child. We know this from Daenerys visit to the House of the Undying and her vision of Rhaegar (see below). Once the Maesters told Rhaegar that Elia could not have another, Rhaegar started to look around for other potential mothers. Enter Lyanna with all her love and beauty.

Rhaegar had a third child with Lyanna, Jon Snow, the most important of the three heads (children) of the dragon (Rhaegar).

Jon Snow was the third (important) and the only one who killed his mother (more important). There is another prophecy that involves a forging that took three attempts, with the third one resulting in a death. Consider that Rhaegar Targeryen was Azor Ahai reborn, not Jon Snow. Perhaps Lightbringer isn't a physical sword at all, but instead a child. When forging Lightbringer it took Azor Ahai three tries before he finally got it right and then sacrificed his wife Nissa Nissa on the third and final forge.

In attempting to fulfill one prophecy, Rhaegar actually fulfilled another (or both) prophecy, but Rhaegar never realized with his third child he was bringing Lightbringer into the world and at the same time killing Lyanna (or whoever the mother would have been).

Metaphorically, just the existence of Jon Snow will "bring" the "light" (Daenerys and her dragons) back to Westeros with all of the events that his birth has caused (again assuming R+L=J):

R+L=J
Robert Baratheon starts a war causing all Targs to be killed or hidden
Daenerys and Viserys are brought to Essos to hide them
The Targs want their throne back because it was stolen from them
Throughout Viserys plans, Dany gets her dragon eggs and hatches them
Viserys dies, but Dany still wants to take back their kingdom
Dany will come back to Westeros now with dragons

Indirectly, Jon is bringing the light back to Westeros.

Viserys, was her first thought the next time she paused, but a second glance told her otherwise. The man had her brother’s hair, but he was taller, and his eyes were a dark indigo rather than lilac. "Aegon," he said to a woman nursing a newborn babe in a great wooden bed. "What better name for a king?"

"Will you make a song for him?" the woman asked.

"He has a song," the man replied. "He is the prince that was promised, and his is the song of ice and fire." He looked up when he said it and his eyes met Dany’s, and it seemed as if he saw her standing there beyond the door. "There must be one more," he said, though whether he was speaking to her or the woman in the bed she could not say. "The dragon has three heads." 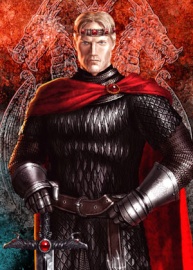 Cat Of The Canals 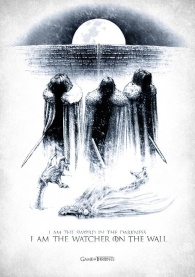 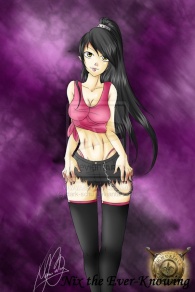 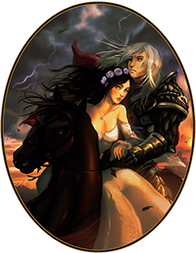